What is Yoga Nidra? 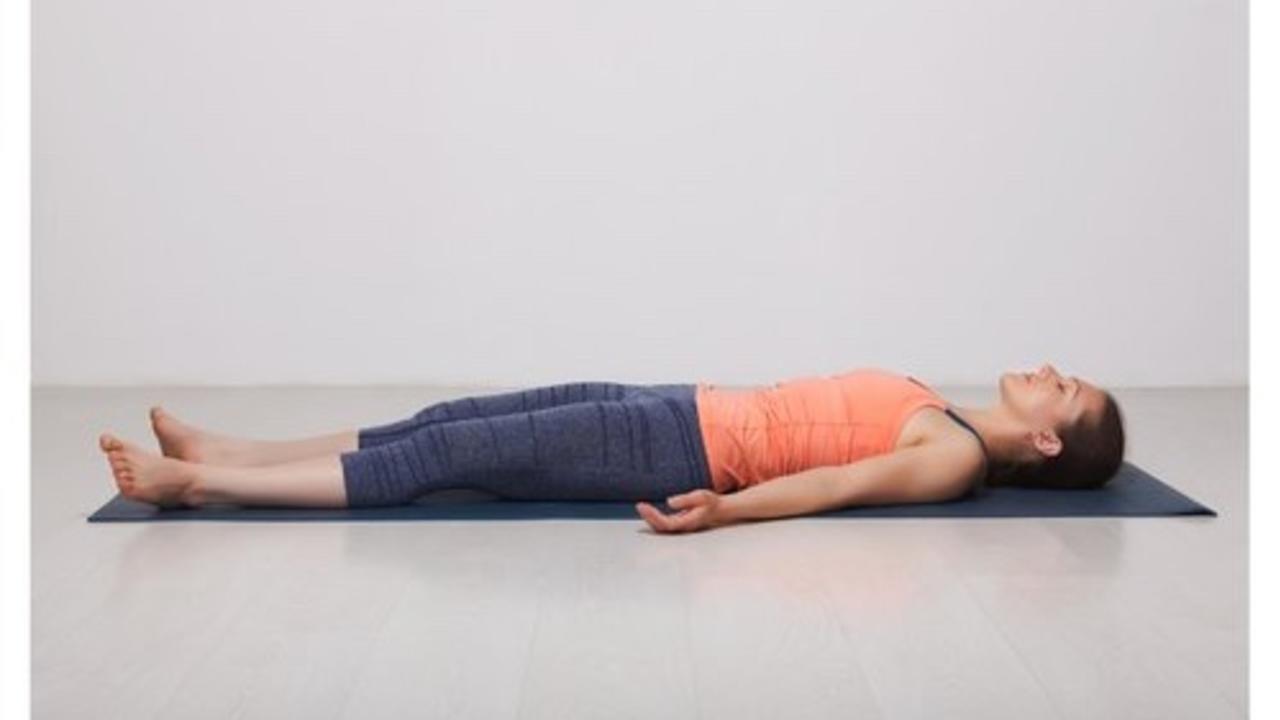 What is yoga nidra?

Yoga Nidra or “yogic sleep” is a deep relaxation practice similar to a body scan meditation. This is often practiced with a guide or audio recording leading the experience but can be practiced alone. The intention of Yoga Nidra is not to fall asleep, but to remain conscious on the threshold of waking and sleeping. This creates awareness of deep held physical tensions as well as subconscious thought patterns. With this awareness, one can begin to relax physical tensions and change unwanted thoughts and behaviors. 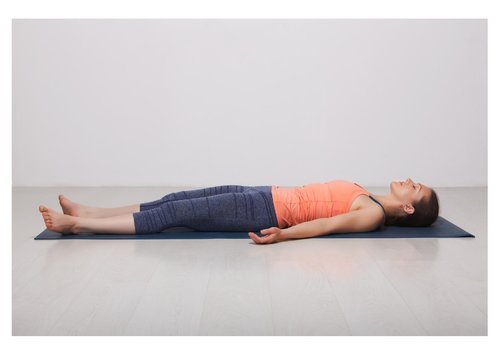 What are the origins of Yoga Nidra?

The teachings of Yoga Nidra come from the Vedic “Upanishads,” around 1000 BCE, The Mandukya Upanishad describes four states of human consciousness: waking, dreaming, dreamless sleep and pure consciousness. When you experience dreamless sleep while awake, the mind becomes single pointed and undistracted. This is said to give access to the “causal body,” where all physical, mental and emotional behaviors arise and can be changed.

The origins of modern Yoga Nidra go back to the mid 20th century. In the 1940s a guru named Swami Sivananda in Rishikesh, India began teaching yoga techniques, including Yoga Nidra, to a student named Swami Satyananda. Traditionally, this was how all yoga was taught, via an in-depth apprenticeship-type relationship with a guru. This all changed in the 1960s when teachers began spreading their teachings more openly and throughout the US. Satyananda was among the first wave of progressive teachers, founding the Bihar School of Yoga in 1964. This helped bring the teachings of Yoga, including Yoga Nidra, from being esoteric and hard to learn to being practical and easily applied. Today there are countless Yoga Nidra teachers throughout the world teaching variations of the practice, but all sharing the same intentions and goals of entering a deep state of relaxation.

What are the benefits of Yoga Nidra?

While research on Yoga Nidra is still relatively new, countless studies have shown the benefits of similar meditative practices. These include stress reduction and several markers of mental, physical and emotional health. The Indian Journal of Physiology and Pharmacology has found Yoga Nidra improves heart rate variability, blood pressure, and hormone regulation. The U.S. Department of Veterans Affairs has found that war veterans with severe PTSD report “reduced rage, anxiety, and emotional reactivity” after eight weeks of regular Yoga Nidra practice. The Veterans Hospital in Long Beach, CA, researchers lead Yoga Nidra twice a week for 10 weeks to women who were victims of rape and military sexual trauma. Their research “showed significant decreases in negative thoughts of self-blame and depression.”

What poses do you practice in Yoga Nidra?

There is only one posture in Yoga Nidra; Sivasana (pictured above). You lay down comfortably on the floor, using props if needed, such as a support under the knees, or a blanket to cover up with.

The origin of all yoga poses can be traced to the Sanskrit word “Nyasa,” meaning “to place” or “to take the mind to a point.” In Vinyasa Yoga, for example, this is done with several postures meant to purify the body and mind. In Yoga Nidra, the practice of Nyasa is done entirely with the mind, while the body remains still. The intention is to focus the mind by noticing the sensation in one specific area of the body at a time. This sort of mental scanning is done for the entire body, head to toe. The intention is not to change anything about the body, but to simply notice any sensation that is present. If you do not notice any sensation, this fine, and you continue on.

Is Yoga Nidra the same thing as sleep?

No. The intention of Yoga Nidra is to stay awake, at the threshold of waking and deep sleep. If you do fall asleep during Yoga Nidra, that is okay, but as you continue to practice and reduce fatigue, you will be able to stay awake while also being deeply relaxed.

Can you fall asleep during Yoga Nidra?

I have at times, particularly when I am the most stressed or underslept. I find I am able to practice Yoga Nidra without falling asleep when I am getting adequate food, exercise and rest. In this way, it is a marker for my health. If I fall asleep during practice, I know to adjust my schedule before I reach the point of fatigue, burnout or illness.

One helpful technique for staying awake during Yoga Nidra is to lay, as usual, in savasana, but to bend one arm to 90 degrees. Having to keep your forearm vertical is often enough to keep you from falling asleep.

What's the difference between Yoga Nidra and guided meditation?

You could say Yoga Nidra is a specific form of guided meditation. The main distinction of Yoga Nidra is that it involves noticing sensations throughout the whole body, in a systematic way. The main distinction of guided meditation is that somebody is speaking to lead the experience and direct attention, while the object of attention may be different every time.

Are there studies to support the benefits of Yoga Nidra?

In addition to the aforementioned studies of the benefits of Yoga Nidra, there is still much to be explored. In the mid 20th century, neurologists began measuring neural oscillations or “brainwaves.” They eventually found five distinct modes of functioning, which may correlate to the four states of consciousness described in the Upanishads. Using modern EEG technology, different brainwaves can be recorded in different states: 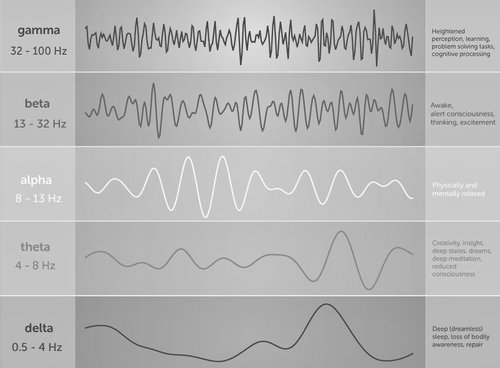 When you are meditating and enter the slow brainwaves of deep sleep, the benefits of deep sleep may be experienced. These include: regulating blood sugar, regulating the immune system and regulating hormones, including growth hormone.

Is Yoga Nidra really equal to a few hours of sleep? (Is there proof?)

In a typical 90-minute sleep cycle, the brain spends around 5-15 minutes in each of the brainwaves. As we get older, the length of time spent in deep, dreamless sleep decreases, and health begins to diminish accordingly. The intention of Yoga Nidra is to spend the entire time in these slower brainwaves. So in terms of spending more time in the deep rest brainwaves, yes. One 10-30 minute Yoga Nidra session can be equivalent to 3 hours of sleep. This has not been thoroughly researched.

Can you swap sleep for Yoga Nidra?

The short answer is I wouldn’t recommend it. I have heard of people trying to do it, but have never heard of anyone doing it sustainably, for a long period of time, with no ill side effects. I would absolutely recommend Yoga Nidra to supplement a healthy sleep routine, but never to replace it. The 90-minute sleep cycle experienced during a normal night’s sleep has been shown to be essential to optimal physical, mental and emotional health. Many studies have shown that the average American is not getting enough sleep for optimal function. In that case, adding a 45-minute session of Yoga Nidra at least once a week can help make up for that lost time.

Who should try yoga nidra? Is it for everyone?

The short answer is everyone, and yes. Yoga Nidra is one of the safest, most accessible forms of meditation. It doesn’t require any physical ability other than to be able to hear the guided instruction. The people least likely to enjoy the experience are those with acute anxiety, hypertension or stress that may benefit more from movement and exercise first. Even for them, once they have moved, I would recommend Yoga Nidra as a way to reduce episodes of acute stress and retrain their nervous system to be able to rest.

How did you discover the practice, and how long have you been teaching it?

I discovered guided meditations in 2005, using them as a way to reduce stress and fall asleep. I discovered Yoga Nidra from one of my first teachers, Everitt Allen, in 2012. I realized that my nervous system was frequently overtaxed and unable to stay awake for guided meditation. Yoga Nidra helped me retrain my nervous system and reduce my chronic fatigue symptoms to learn to stay awake while deeply relaxed. I have been teaching Yoga Nidra since 2012.

Why do you enjoy teaching yoga nidra?

Yoga Nidra is one of the most healing practices I have found. I am grateful to get to give back and offer that experience for others. It is so counter-culture to take time to rest without distractions, yet it’s so essential to digesting the immense amount of input we experience day to day. This is a practice I wish I had found when I began struggling with depression and chronic fatigue, and I'm grateful I found it before it got worse. It is an honor to get to help other people who are overworked, overstressed or struggling to find a practice that can potentially help them.

Get Your Free Guide

Get your free guide "10 Yoga Mistakes to Stop Today" and you'll receive weekly updates about blogs, podcasts and exclusive offers.

A59: The 5 Critical Keys to Love with Carol Allen of LoveIsInTheStars.com
A58: February 2020 Vedic Astrology Horoscope: Mercury Retrograde - What Do You Truly Love?
Y108: Hatha Yoga For Relationships, Self Awareness And Working With Samskaras 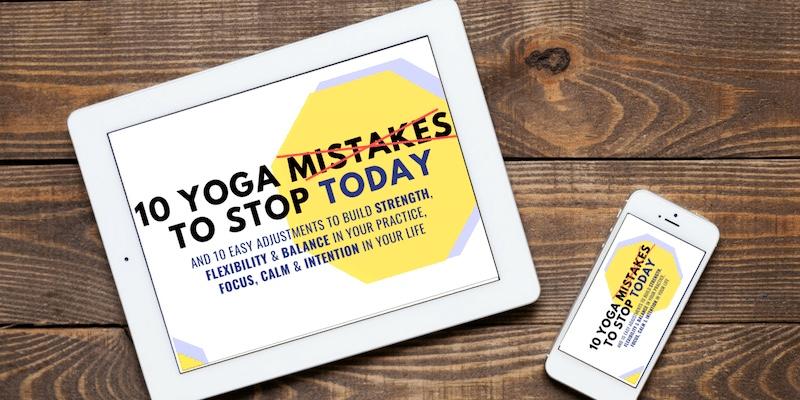 10 Yoga Mistakes to Stop Today and 10 Easy Adjustments to Build Strength, Flexibility and Balance in Your Practice, Focus, Calm and Intention in Your Life. Free PDF. 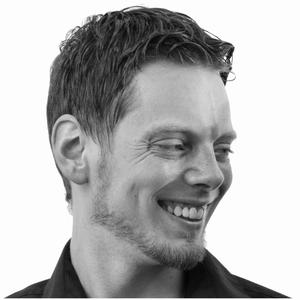 For 15+ years, Jeremy has worked in health and personal development. Personalizing practices from yoga, ayurveda and physical therapy, Jeremy teaches how to work with physical, mental and emotional challenges. Jeremy has lived and taught in Austin, TX since 2011. 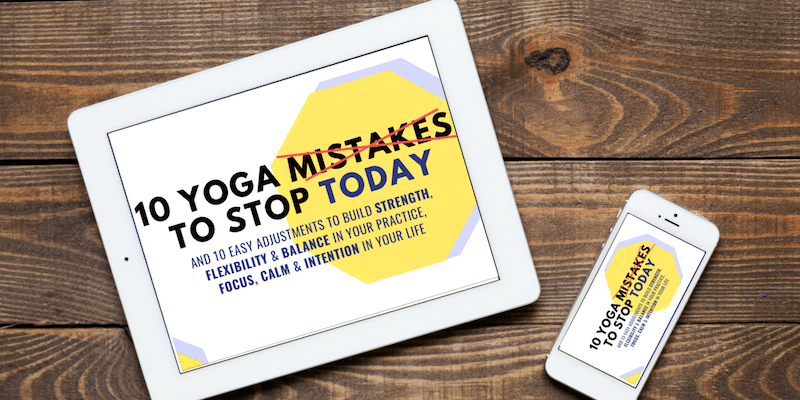 For my first 5 years of Yoga my hamstrings were tight. I stretched them often, so what was I doing wrong? I'll address this and the biggest mistakes I made in my first 10 years of practice so you can avoid them. With some easy adjustments you can start building strength, flexibility and balance today. Enter your email to begin: